5.1: How Does Docker Get Around the Networking Domain? Part 1

00:00
hi and welcome to the fifth Money.
00:03
This is the first lesson.
00:05
Let's see what we are going to learn here.
00:09
Sort of begin with. We are going to learn what talker networks are,
00:14
and then we are going to learn the principles and check behind doctor networks.
00:19
You're also going to discuss the doctor network architecture,
00:24
and then we are going to take a look at the options available to us when using doctor networks
00:30
That's big in
00:32
containers. Use Net network name spaces.
00:37
And if you remember, we talked about how continues function in our first listen. And there we heard the term name spaces.
00:45
So Doctor networks used a component off these
00:50
for networking. Namely, they're called network name spaces. It's like virtual instances off network hardware or, in other words, interfaces.
01:02
Andi. They have. They each have their own independent grouting and even have their own five or rules. It's both a feature off containers and also limits to keep the networks isolated
01:17
on this otherwise told to do so.
01:19
So say that we start the container followed by another.
01:23
These two containers are by itself isolated unless told otherwise to do so.
01:30
But now, Doctor network support communicating to each other wire there continue names. So why, Dennis?
01:36
This feature will surely be tremendously beneficial once we see the uses off this when with the lessons to come.
01:45
So how do these name spaces name Space vice? Separated networks do the networking between them
01:52
and, if needed, with the host and the outside world.
01:56
They use what are called virtual even it devices,
02:00
which operate in full duplex mode.
02:04
If that was confusing for you, let me explain. It broke transmission modes very briefly.
02:09
The simplex
02:12
half duplex and full duplex simplex packets go in one direction and never the other. So think off a one way ticket.
02:21
Half duplex packets go both ways, but only one direction at a time. So after transmission is done one way they allowed packets to go the opposite way to way ticket. But a plane can only take off or land at a given time. Never boat.
02:38
Full duplex packets go boat back and forth simultaneously to a ticket. And like modern airports, planes are constantly going back and forth, taking off and landing.
02:50
Now that we have got an idea off how doctor manages to get all of these networks and continues working seamlessly. Let's look at the architecture off which Docker operates.
03:05
It is called the Container Networking Model
03:09
or C N. P.
03:13
On There are a few terms associated with it.
03:16
So
03:19
first of all, we have what is called the sandbox.
03:24
A sandbox is where a particular container keeps it's configuration off the network stack,
03:30
and then we have.
03:32
And once
03:35
endpoint is what connects a sandbox to a network, meaning it provides abstraction off the connection to the network so that containers have no need to figure out how to connect to the network off different types providing better portability,
03:52
as you can see here.
03:57
So that then there is the network.
04:00
Now, for those of you who are familiar with
04:03
the TCP I, p stack or the always I networking model
04:09
when we say, uh, networking,
04:13
it doesn't mean the same thing here. Here, a network means a collection of endpoints that have interconnectivity
04:20
so like this.
04:24
And if you observe this image here, you can see that
04:29
I mean, sure, you
04:30
you can see that
04:33
there are two drivers called network driver and the I P A M driver. The network driver here is just like one that comes with the Ethernet card on your WiFi adapter, and a doctor and doctor has a support for
04:49
a range of drivers so that they used given the situation. But when utilizing the network, only one driver can be picked.
04:58
Next we have the I. P A. I am driver or, if it's expanded Internet Protocol address management or I p address management drivers. These are responsible for things like submitting and the actual I'd be addressing off the containers
05:15
on Docker has been built in. Hence, they're able to provide eyepiece to containers and manage submit for containers.
05:23
So if you take
05:24
a look at the picture here again, you can see the components we referred to being illustrated here. We have a brief idea of how it all comes together, starting from the lower level, the drivers
05:35
on the docker engine sitting on top of it and then utilizing them, uh, utilizing the services for submitting an I P management and compatibility making those services available for the networks running on it and those networks providing services to the sandbox is connected
05:55
to them. Why, in points
05:57
ultimately giving the current continues that connectivity.
06:00
So that's what's goes inside off what the user sees in the next video. Let's take a look at what actually is available for users to utilize.

Docker helps developers create applications that run on multiple devices, despite any presets or customizations. Obtaining certification is a huge plus for cloud-based developers. 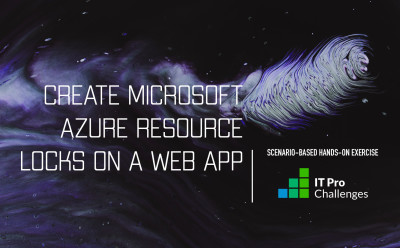 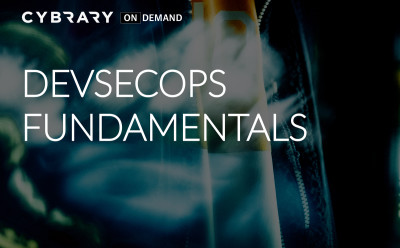