Virtualization and Operating Systems Fundamentals
Course
Time
41 minutes
Difficulty
Intermediate
CEU/CPE
1
Video Transcription
00:01
Hello. My name is Dustin, and welcome to virtual ization and operating systems. One way to protect yourself from malware and viruses is to keep your computer up to date. This can be done by patching your OS or operating system and software and installing service packs.
00:18
So what is patching? Typically, software programs and operating systems are pushed out before being completely finished.
00:26
This is in order to keep up with customer demand and often results in buggy or flawed software.
00:32
This is fixed with patching. Patching can fix bugs in the software that could be exploited by malicious Attackers.
00:38
It can also introduce new features or enhancements, making the software easier to use or enhance it in other ways.
00:45
Sometimes, though, it can also introduce unexpected bugs or vulnerabilities, in which case you'll need to keep an eye out for the next patch.
00:56
So service packs Who needs them?
01:00
A service pack is a Windows update that contains a bundle of previous patches, and it just all in one big pack.
01:08
These can typically include security and performance improvements for new types of hardware,
01:14
and it allows for the easy installation of many patches, all at the same time
01:22
because updates and patches air so important. Microsoft makes it really easy When the Windows updates service. This can be set to automatically download and install updates and service packs.
01:33
Thes updates are typically released on Patch Tuesday, which is Thesent Comte and sometimes fourth Tuesday of every month.
01:41
Emergency updates are released as needed
01:44
for home users. It is very important to make sure your computer's configured to download and install all updates in order to keep your computer and all software up to date.
01:55
It's also very important to remember that not all updates can be installed through the Windows updates Service. The Windows Update Service only provides patches for the Microsoft operating Windows operating system and their products, so third party patches like Adobe or enough data to your media player
02:14
may need to be installed manually. But most of these new modern software will check for those updates when you open them.
02:23
W Cess W sauce is the Windows Server update service, and it is used to manage patches in an enterprise environment.
02:31
These
02:32
there are times when updates of unknown to break programs or cause boot loops or blue Serena death or other unintended errors.
02:43
And because in the workplace species are extremely important, it's very important to know that and updates not going to break your whole network and that the update itself is fully functional. So with W sauce that allows you to manage patches in a way that helps keep your business going.
03:00
And typically what I like to do is have a small group of test computers and users that have AH variety of software on a variety of users. Their technical levels are all in different areas on Don't push those patches out to them as soon as they're released
03:15
after testing is done with a couple of days or maybe a week, depending on what exactly is getting patched. And I know that the pat shouldn't break anything. I can then push it out to the rest of the environment.
03:30
So in this module we learned a lot about the basics of security. We started off with virtual ization and why it's important we went over a few types of virtual ization software available and how to install in virtual eyes your first operating system.
03:46
After that, we went over clients and servers, and the differences between the two. We talked about the Windows operating system, and service is. And then we went over how you can use the process hacker tool to analyze running service's and track down malware.
04:00
After that, we wrapped up with patching and why it's important to keep your computer in all your programs up to date.
04:10
In the next module, we're going to go over the basics of networking, including network devices, apologies and protocols. Oh my
04:18
first we are going to end. This module was just a real quick quiz.
04:23
So Jim is creating a new software program to prank his friend Dwight. He would like to do some testing in a virtual environment before he sends it to Dwight in a phishing email. What software should Jim choose to run his virtual environment on his PC?
04:38
Is it a a type one hyper visor?
04:42
Is it be the Windows operating system?
04:46
See the process Hacker Tool
04:49
or D Oracle Virtual box? Don't give you just a second to think about that.
04:59
That's right. It is D Oracle Virtual Box. He should use virtual box to running Virtual OS.
05:09
True or false?
05:11
Windows 10 is a server operating system on this one should be pretty easy.
05:17
That's false. Windows tens, a client operating system it supports one user at a time and is not designed to provide service is for other P. C s
05:29
last question here.
05:30
Michael hasn't updated his computer, and over a year he would like to update his computer and install all of the patches that released over the past year in the most convenient way possible. How should he do it?
05:43
Is it a the newest patch?
05:46
Be the latest service pack
05:49
See hyper V
05:53
or D W cess?
05:56
Just a second to think about that one.
06:03
That's right. Be the latest service pack.
06:06
The service pack should install the majority of patches that he missed over the last year. He would then wanted to run Windows Update to check for any other patches he may be missing and then, of course, update his third party patches as well
Virtualization and Operating Systems Fundamentals 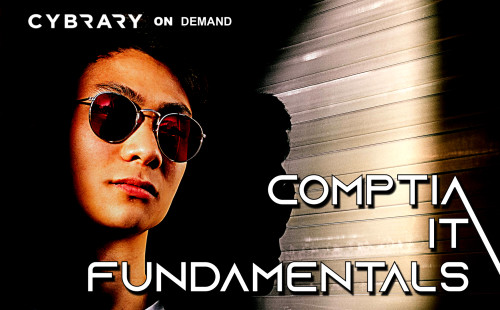 The CompTIA IT Fundamentals certification is aimed at people considering a career change to IT. ... 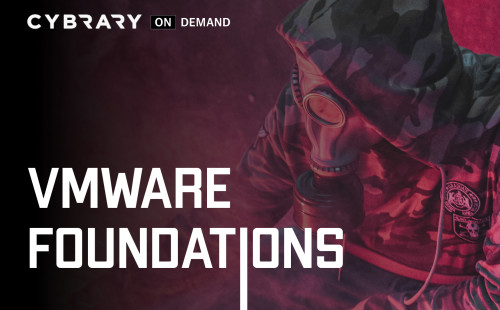 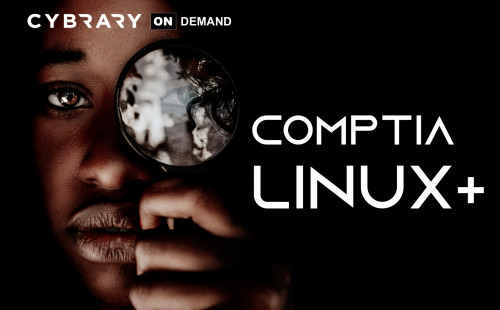 Our self-paced online CompTIA Linux+ course prepares students with the knowledge to become a certified ...