00:00
Hello. My name is Dustin and welcome to malware.
00:05
In this lesson, we're going to learn all about malware, starting off with what is malware.
00:11
After that, we're going to discuss the many different types of Mauer that you may encounter like spyware and ransom, Where and how each one is similar, yet different from each other.
00:23
Next, we're going to go over a few of the most famous malware outbreaks, some of which you may have heard of.
00:30
When I'm finished scaring you all about all the malware out there. We're going to go over a few steps that you can do to help keep yourself safe from the many different forms of malware.
00:42
Let's get started.
00:46
Mauer is short or abbreviated for malicious software.
00:52
Mauer's a collective name for a variety of malicious software variants, including viruses, spyware and many other variants, which will be going over shortly.
01:02
It is software that is typically designed again with malicious intent to cause damage to a computer server
01:10
or computer network.
01:11
There are many different families of malware, all which do a variety of different things while attempting to cause damage to your computer server or network. Mauer has been a threat. Since the early 19 seventies, when the Creeper program was written,
01:30
one of the very first computer viruses written was known as the Creeper.
01:36
It was an experimental program, Britain, by Bob Thomas in 1971 and initially not designed to cause damage, but to show that applications could be mobile or portable.
01:47
It was originally designed to move between computers, meaning it would infect one of the computers. Display a message on the screen, which said, I'm the creeper. Catch me if you can.
01:57
It would then move to another computer doing the same thing, but the each time. Each time it did this, it erased the original or older version of itself.
02:07
So it did this every time it was duplicated.
02:15
There are many ways my work and spread from host to host, depending on a variety of factors. Before the Internet, many types of malware were spread via floppy disks, and if you're too young to remember, the floppy disk is it's a small stores. Today's similar to a CD in which you can
02:34
read and write data, too,
02:36
but they only hold a very small amount of data. The creators of these old school. Initial viruses didn't have the luxury of the Internet, so in order to spread their malware, they had to spread it via floppy disks.
02:52
Now, almost all modern Bauer is spread via the Internet. This congee through many forms, including phishing e mails, e mails of bad attachments, malicious ads on Web sites or hijacked programs that you may download.
03:10
So it's a lot easier now form our to spread with the Internet.

In Malware Fundamentals, Dustin Parry explores how malicious software is designed to damage and disable computers. Malware such as anti-malware, backdoors, spyware, adware, ransomware are all covered, specifically in terms of how to recognize,prevent, and solve these software attacks. 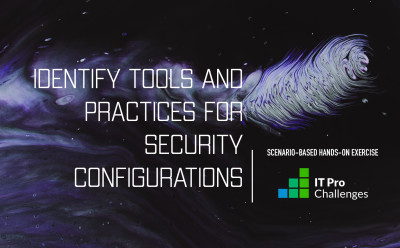 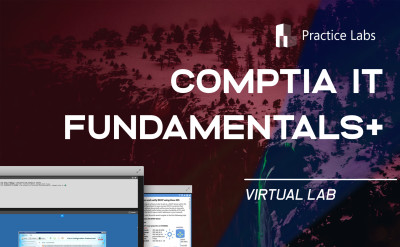