00:00
Hi, everyone. Welcome back to the course. So in the last video, we wrapped up our discussion on social engineering and social media, basically looking up information about our particular target.
00:11
So you've made it through the course, So congratulations on that. You should pat yourself on the back again. It was pretty short course, but hopefully you find it beneficial. And we focused primarily on the hands on component, which is very critical if you ever decide you actually want to be a penetration tester.
00:25
So in this video, we're just gonna cover the course summary. So we'll talk about everything we've covered so far. And we'll talk about some of the next steps that you should probably do, especially if you're studying for the Eastern Front ethical hacker or the pen test plus examinations.
00:38
So much. So when we talked about the introduction, right, so we talked about the course overall, we talked about who it's intended for some of the pre rex. We also talked about who I am is your instructors. He got my introduction. If you've made it this far. And he didn't watch that video, Definitely politics want to go back and start the course at the beginning and not the end. And then we also talked about
00:56
the core structure, right? So again, I mentioned back then
00:59
this course was predominately gonna be a hands on course.
01:02
Marshall, too, we talked about in its look up. So that again, that's a command of Windows that we can use a look up name server information as well its i p addresses on our target. We talked about who is much of three when it went into to a showdown, which is the hacker search engine module, for we did multi go. So we kind of mapped out our target module five ht track suite
01:21
mirrored that website and took a look at the code of it.
01:23
Module six. We did tool called the Harvesters. We ransom command in there and took a look at what kind information we got back module seven. We did recount Angie, so he went through several commands there and did, Ah, nice lab. And we ran different commands to see what that looks like. And the modulate again, we rat just wrapped up with social engineering aspect where we look at a
01:41
targets profile as well issues in the social engineering tool kit in our second lab.
01:47
So whole lot of stuff we covered in a short amount of time. Well, what's next? Well, a couple things I recommend. So if you're doing if your plan is to either do the EEC counsel sort of unethical hacker examination or the cop T a pen test plus exam or even if you're going for something like O. S, C. P and you're just not familiar with foot printing, then this is Ah, great
02:06
kind of next step, Right? So the next step that we have for you
02:08
that I recommend is actually my course, you know? So the penetration testing unethical hacking course here on cyber will recover a broader range of the entire pen testing methodology as well a specific modules and different attacks, you know, So things like sequel injection, attacks, weather attacks and more.
02:23
I also recommend the breaking stuff with Joe Siri. So that's held by our director of research, Joe Perry. So he's got a variety of tool based so red team penetration, testing based tools that he goes over in that Siri's, some of them we covered this course. Other ones are brand new tools that you have heard of yet He does have one on John the Ripper. So
02:42
as I know, you mentioned that early in this course, and it wasn't part of the footprint aspect.
02:46
But he does have a course on John the Ripper. He takes a deeper dive into it, shows you all about it. So if you're interested in more pen testing stuff, that's another great course to do.
02:53
I also recommend Robert Smith, who is a phenomenal individual in a super smart guy. He has a Cali linescore. So Callie limits fundamentals. If you're not familiar with Callie Limits, if this course was your first exposure to it, then you definitely want to check out his course and get a little more high level and even a mid level dive into the actual operating system.
03:13
So again, I just want to thank you for taking this course. Be sure to check out other courses, and we look forward to seeing you in the next one

This course will cover common tools used during the footprinting and reconnaissance phase of the ethical hacking testing methodology. 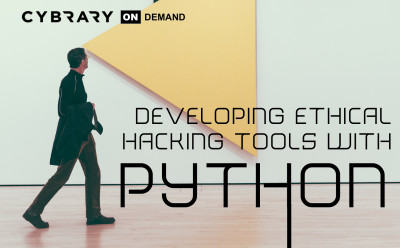 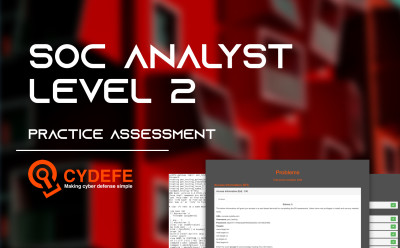