From Factory Worker to Cybersecurity Professional 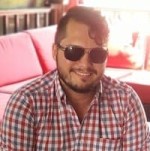 I was able to earn both my Security+ and CySA+ in two months. I give all the credit to Cybrary.

After falling victim to a phishing attack, Casey initially joined Cybrary to learn more about cybersecurity but ultimately ended up earning two certifications in two months and launching a new career.

Casey decided to pursue a career in cybersecurity to protect others from phising threats. In addition to pursuing his Bachelor’s degree, Casey made the decision to become a Cybrary Insider Pro member in 2019. Within two months, he earned both his Security+ and CYSA+ certifications.

Casey recently accepted a Cyber Systems Engineer position at BDO and is currently working to launch a YouTube channel to provide guidance for others pursuing a career in cybersecurity. He’s also since joined the Cybrary mentor community.

Please tell us about your background.

After high school, I did a lot of factory work. Over the course of 5 years, I was going from factory to factory. I was in and out of temp agencies, which was hard because I could never get a foothold at any one company. There was absolutely no stability.

I didn’t know anything about IT. But when I worked on the assembly line at a Nissan factory, I met someone who would spark my interest. Every time we'd have the assembly line stop, they'd have a guy we called “Dr. Robot” come out and work on the computer.

I would often pick his brain about what made the assembly line work. Though I often had no idea what he was talking about, it was these conversations that spurred my interest in potentially getting into IT.

I started with web development, but realized it wasn’t something I enjoyed. Next, I tried coding, which I liked, but I couldn’t see myself doing one specific thing all day. So that led me to pursue other avenues.

Then I started looking at network administration roles because I thought I needed to learn the network before I could secure the network. I got a job with AT&T installing networks and I had a great experience with the company. But in the end, I wanted to pursue my passion and land a role in cybersecurity.

What’s so exciting about Cybersecurity?

I became interested in cybersecurity because I fell victim to an email phishing attack. I didn’t want that to happen again, but also I wanted to help ensure that something like that wouldn’t happen to anyone else.

Dealing with the repercussions first-hand was tough. It was my own personally-built system. I had to completely reboot my windows OS among other things. It was a mess.

I also think we're conditioned to seeing hackers as the bad guys. You see in the movies villains hacking everybody, either erasing data or manipulating systems. When you watch the news, you see real world data breach incidents like Equifax. But that’s only one lens, there’s so much more to it. I didn't know much about ethical hacking.

What goals were you trying to achieve before joining Cybrary?

When I first started, I simply wanted to better understand cybersecurity. Thought I wanted to be a hacker. Then I learned about ethical hacking and the blue team.

I didn't know there were people whose actual job it was to secure networks and stop threat actors. The more I learned, the more I felt that would be a great place for me to start.

Now, I would say that my end goal is to be part of a red team or maybe even a purple team.

What are the main advantages of using Cybrary?

These Career Paths have provided a clear view into what these job roles entail, which I found incredibly helpful.

Could you share examples of skills you've learned on Cybrary?

I also made sure to put the virtual labs on my resume to demonstrate that I had real, hands-on experience. I was successful in landing six job interviews and received a lot of positive feedback on the certifications I attained and skills I built with Cybrary.

How have you benefited from using Cybrary?

I was able to earn both my Security+ and CySA+ in two months. I give all the credit to Cybrary.

I’m also proud to announce I recently accepted a job as a Cyber Systems Engineer at BDO, a global professional services firm, where I’ll be helping to build a brand new data center for the public sector practice.

I always try to debunk the idea that you can't get a job without experience or a degree.

What advice would you give someone new to Cybrary?

Think about your goals, what are you really hoping to accomplish? Start with the fundamentals and use the virtual labs as a way to gain “real world” experience.

For those like me who are new to cybersecurity, I recommend they enroll in the SOC Analyst Career Path and network. Join the Cybrary Slack community, get on LinkedIn, and start making connections.

Join Casey and 3 million other Cybrary users,
give your career a jump start at a new life today!