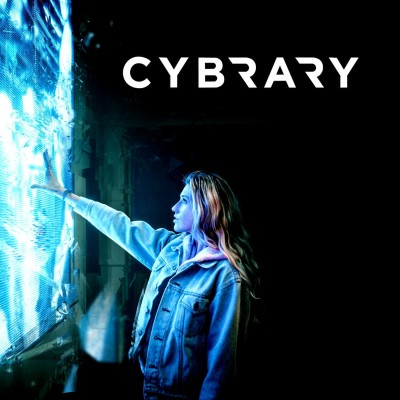 In this episode of the Cybrary Podcast, we sit down with Jonathan, the Head of Infrastructure for Cybrary and Evan Dornbush the Co-Founder and CEO of Point3 Security as they discuss how Point3 Security is using a gamified learning solution to help people and enterprises.

Listen to the Audio
Enjoyed this podcast?
Share it with friends now!
Summary

Jonathan Meyers, the Head of Infrastructure at Cybrary and Evan Dornbush, the Co-founder and CEO of Point3 security discuss how Escalate, their gamified learning ecosystem helps organizations and individuals. The conversation took place at BlackHat 2019 conference.

Escalate is a proprietary gamified learning ecosystem developed by Point3 security. It delivers hands-on cyber-skills challenges through Capture The Flags. Point3 security is a Baltimore based company founded in 2014 by government-trained cyber-threat specialists. Evan sees that they're doubling in growth every year looking for a new place but will probably stay as a Baltimore company. Jonathan remembered that he used to live in Baltimore. Usually, people come to know about Point3 security from its existing members. Apart from ESCALATE's gamified learning ecosystem, Point3 security also runs corporate events. Initially, Evan thought their customers would be individuals who wanted to learn cybersecurity, but it wasn't as expected. He mentioned that Cybrary is doing a great job at teaching individuals. It was enterprises that came to them wanting to hire smarter or to assess their employees if they're ready for a promotion.

Both of them talked about the things that were going on around them during BlackHat 2019. The trend that Jonathan observed at BlackHat was a lot of the booths had a bunch of terminals for people to try out their application. He hopes that this kind of trend continues in companies instead of just marketing through email. One of the first conferences that Jonathan attended was ShmooCon, which he considers to be very different from BlackHat.

Jonathan and Evan discussed the growth and the type of customers towards Point3 security. A lot of the people are craving for career guidance, and Jonathan addressed how Cybrary is trying to fix that issue. Evan mentioned that's why Point3 security is a huge supporter of Cybrary.

To know more about Point3 security and Escalate, check out https://ittakesahuman.com/escalate.html

Evan: My name is Evan. My company is Point3 security. We help organizations of all shapes and sizes cultivate, and identify their cybersecurity talent. We do it through a gamified learning ecosystem we call Escalate. So global membership, people want to just kind of hang out in our little hacker jungle gym and get skills and get career progression, path structures, and, Just contribute and it's been super meaningful. Super meaningful.

Jonathan: Yeah. And you guys are based in Baltimore.

Evan: We are, we've been there for, I think three, four years growing, we’ve doubled in size every year, looking for a new home. We'll probably stay in the Baltimore area. We're definitely a Baltimore company. Love the scene there. It's a good city.

Jonathan: Yeah. I actually lived in Baltimore for a bit.

Jonathan: Because I was traveling and so right I had an office at San Francisco and so, and then we had the Fed Hill location. And so I actually rented apartment in one-one-one-one, cause I was in the Baltimore office that often. Though it was cheaper for them to get me an apartment in Baltimore than to pay for me to go to hotels for two weeks a month.

Jonathan: So, yeah. Awesome. You guys started a couple of how many years ago?

Evan: About four years ago.

Jonathan: Nice. And you guys, That's cool. And then, so how do you, how do like people find you? Are you like, is it

Evan: Yeah, so they’ve, well, typically they find us through our brand manager, Erica who's watching passionately on the side, hoping I don't say anything stupid, which I'm apt to do.

Jonathan: Yeah. It's all editable. No worries.

Evan: That’s fine, whatever. It's just, it's my life, right?

Evan: No. Honestly, Members find us from other members.

Evan: We're a pretty unknown brand. Part of that is cause we stem from the Intel community and we computer well, but we don't people well, so like

Evan: what's social media? What is all this advertising stuff? Where people go to events, what? That's just, that's new to us and we're learning. But our membership has grown from happy customers, you know, making introductions to other happy customers.

Evan: They do. Good question. So when we started, we thought that we would sell to the individual. People that want to learn how to reverse engineer, how to research vulnerabilities and develop exploits, how-to, you know, forensically analyze network traffic, or memory. Individuals never came out of the woodwork, you know, and that's fine, right? They've got Cybrary for that. You guys are fantastic. What we found in terms of success businesswise was enterprises coming to us saying, Hey, I need to find people. I need to recruit smarter. I need to retain, I need to make sure that I have the best team possible. And I need to give my team some kind of objections, to be objectives, where they, you know, solve this and get a promotion. Solve this and now you're, you know, a title change

Evan: Or even a spiff or something. Along the course of that evolution, we now also offer gamified solutions in terms of Capture The Flag events or tabletops for enterprises, both internally, East coast, West coast, or, you know, the dev shop versus the security shop, or they can take us to trade shows, thrown events, put their logo in front of our ecosystem and use that for recruiting purposes or community engagement.

Jonathan: Yeah. Oh, that's awesome. Yeah. I was talking to a guy from Verizon the other day who was looking for a bunch of gamify stuff. So maybe I’ll.

Evan: Yeah. Hey, we'll take any leads we can get

Jonathan: Awesome. Anything you saw yesterday at BlackHat that was cool, stuck out? Anything, trends that you're seeing?

Evan: The thing that stuck out in my mind was the Synack booth, free donuts, no sales pitches, no papers, or things that you're gonna throw away five seconds afterwards.

Jonathan: Yeah. So I've seen this trend. I think it's, I hope it continues, but, I think. We might be nearing the end of the giant video wall and podium speaker. And I've seen a lot of booths now have just a bunch of terminals for people to actually sit there and get like a one-on-one. They let you like click around in their app and do all that kind of crazy stuff. And so I think that's good because it brings it back towards like the practitioner person that's here trying to find new tools and like, see what's happening in the ecosystem as opposed to just email marketing blasts that everybody gets. It's nice to finally actually be able to click in. Especially cause some of these companies’ websites, like don't tell you anything on the front page and you have to sign up for a demo and talk to a salesperson. But you know, we know that most people that are running cyber stuff are not the most people person and don't really want to talk to anybody. I just, I want to see your product. And then if I like it I'll have a conversation and things like that. So I'm super pumped about that. There was one, I think they had like 14 or 15 terminals just letting you click around and play with all their data sets and stuff. So that was pretty cool. Did you go to the keynote?

Evan: I did not. I saw some of it through a Twitter live stream.

Evan: But, it just. Man, this conference come a long way in 20, some odd years.

Evan: It's a political rally.

Jonathan: Yeah. I think one of my earlier conferences was ShmooCon back in like 2006. And so like, that's very different than what this is today. Like this is more on the path to become like an RSA type situation. So hopefully it kind of goes back the other way at some point. So, Anything you're excited about today? Anything wrapping up? Do you guys announce any new stuff this week? Anything like that?

Evan: We have no announcements this week. Now we're, look again, we're a lay low company. We've just heads down, get business done.

Evan: Make some friends, see some old friends, just kind of have fun.

Jonathan: Any trends you see with like your enterprise customers? Is it, I assume it's growing? Is it, where is like, is it the C suite that's kind of getting on board with this type of things? Or is it still kind of like a grassroots in that organization where like the actual cyber dude wants something cool to play with?

Evan: Yeah. So it's still both, you know, and so our sales team and sales process is it's twofold. Right? You've got the, you know, the uber-nerd that wants to nerd out with, you know, with the tech staff and just build rapport and that's meaningful. I mean, we have the best content that money can buy. And then we have an aggressive sales team that comes in and says, look, tell me your challenges. I'm pretty confident. Like. Everyone's problem, look around, right? There's enough tech to buy there's enough Blinky, lightboxes that you can plug in.

Evan: The problem is people. You can't find them. You can't keep them, you can't train them. They can't use the things that you've purchased. They can't integrate the things with the other things. It's people problem. And we solve that. So it's a very clean conversation to C-suites on board. The techs, of course, are on board. They're tired of like. You're going to fly me where to sit for what test, and then I'm falling behind on my work, like.

Jonathan: trying to sit for a test and study

Evan: but now that I've got that cert, you can give me, you know, extra dollars. The employers hate it. The employees hate it. It's counterproductive.

Jonathan: Yeah. I think that's an interesting trend that like, I hope it's Cybrary where we're trying to fix is there's just not a lot of guidance on like how to step forward to that next step in your career. And there's just a lot of people that are kind of craving that. Like, Give me at least some guidance on how I can get to my next level, how I can get paid more

Jonathan: While still having fun and learning and stuff like that and I think that's a challenge, but hopefully.

Evan: Yeah. And that's why Point3 is a huge supporter of Cybrary. It's a huge fight, everyone's trying to help. Like, there's a big problem out there and it's going to take a lot of us to solve it collaboratively.

Jonathan: Yeah, totally. Well, awesome. Thanks for stopping by and having a conversation.

Both: I appreciate it.

Evan: Thanks for your time.