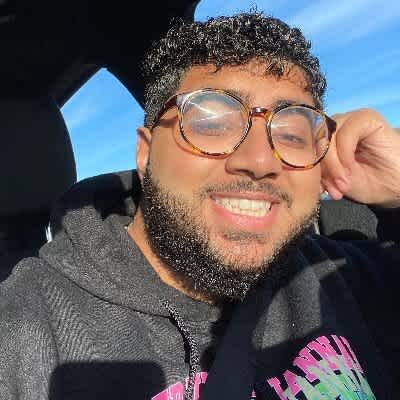 I am a co-founder and CTO at the company Kayyo. I have always been interested in computer technology and started troubleshooting and hacking computers from a young age. PowerShell for Security Professionals
Unlock the power! Learn to apply PowerShell from both the red and blue team perspectives. ...
3CEUs
Share Python for Cybersecurity Professionals
Computing devices can be used for and against us. The way to get more done ...
3CEUs
Share
About Imran Muthuvappa

I was born and raised in upstate New York, where I remember helping my elementary school teachers with their computer problems, hacking wifi networks, and even mining bitcoin on high school computers. (Luckily, I didnt get in trouble for that!) In university, I did three semesters of research in privacy in social networks, blockchain-based intrusion detection, and more. The research position required me to gain expertise in networking, cryptography, and social media. More specifically, for the P-Chain project, I created a prototype demonstrating how IoT devices could store and publish transaction history in the form of a blockchain, as well as other types of DAG’s. This implementation was in Python. I actively contributed to open source in college and tutored many peers on topics in cybersecurity and computer science in undergrad.

My curiosity led me to a career in technology, and my background in research and cybersecurity led me to Palo Alto Networks. There, I worked cross functionally with sales, IT, security, marketing, and more! Through that experience, I learned a ton and found that my unique skillset was mainly around communication, product, and engineering. While at Palo Alto Networks, I won 2 hackathons and a capture the flag competition. My work in IT and SOAR automation enabled me to join sales calls as an occasional sales engineer for the XSOAR product. From there, I began freelancing and ultimately ended up cofounding a company called Kayyo, where I actively lead as a CTO for a team of 4.