Module 1: Introduction to the Command Line

Have you been curious about how others can use the command line to save countless hours of work? Are you overwhelmed with the text that runs across the screen, and have no idea where to begin? In this course you will learn command line and will start your journey to become the Hollywood-esque hacker that you want to be.

Graphical tools present pretty pictures, easy to read text, and clicking things on the screen is fun and easy. Imagine that you need to perform a configuration setting on a computer, just click a few buttons and in seconds you’re done! Now imagine that you need to perform that same configuration change for 500 computers and that few seconds easily turns into hours of work. With command line tools, it is very feasible to write a command to replicate across hundreds of computers simultaneously, saving you time and removing human error.

Enroll today to get started saving time and effort using the command line!

By the end of this course, students should be able to:

For developers, the ability to manipulate, handle and view files on a computer quickly and with ease is key to being effective and getting more done.

But if developers only had the option to move their mouse and click on each file individually, it could take hours or days to complete what should be simple tasks. This is where command line comes in.

What is command line?

Command line is a text-based application or window that allows developers to navigate a computer by typing command prompts, instead of using a mouse. Think of command line as a way to find files quickly on a computer, without needing the graphical interface that typical users use when hitting a “search” bar.

Students looking to further their careers as developers should consider taking a command line training because they will be able to complete tasks quicker, set tasks to be automated, and even perform the tasks remotely.

Should I learn command line?

For novices, seeing hundreds of rows of white text and characters across a black screen can be overwhelming or make you feel like you’re in a hacker scene in a movie. There’s also an upfront effort for students who do need to memorize commands to complete command line effectively.

With all the memorization, it may seem cumbersome to learn command line, but it’s worth the effort.

Taking command line training will enable developers to perform configurations for multiple computers at once in just seconds. Developers can write commands that can replicate across hundreds of computers simultaneously. This not only saves time, but also reduces the human error of repeating the task hundreds of times.

When would you use a command line interface?

A command line interface is used exclusively on Windows-based computers, so first, it’s important to ensure all the computers that an organization is using is operating on Windows.

For example, if a developer has to rename 1,000 files, command line will simplify this and enable he or she to finish the task quicker.

Is command line better than GUI?

Graphical User Interface (GUI) is a graphical screen that has buttons and icons to help developers or users manipulate computer systems. GUI was developed soon after the mouse was.

This gives users a visual guide to manipulating files, instead of having to understand lines of command and code.

While GUI is more visually appealing and easier to use for the masses, developers will often favor command line for a few reasons. Command line offers superior precision to allow developers to target destinations for files with ease. Command line is also more friendly to repetitive tasks, allowing them to be completed quicker and with less human error.

Why should you learn command line?

Taking a command line course will ultimately save developers time and resources, allowing them to focus on more big-picture or innovative tasks.

Taking an online command line training course will allow students to learn at their own pace and convenience, using courses like Cybrary. Cybrary’s modules are all less than 15 minutes, so it’s easy to start and stop on a schedule that works for the students. 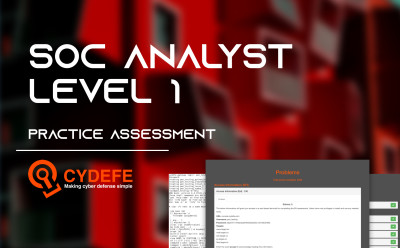