This “Configure Standard Permissions in Linux” IT Pro Challenges virtual lab educates learners on how to create, configure, and test file server resources that are required for standard permissions in Linux. These skills are useful in multiple job roles, such as System analysts and Linux administrators.

The capacity to share files is an initial expectation with any new operating system. When utilizing one of the traditional Linux distributions, you have several distinct file sharing alternatives to pick from. Some of them are manageable but not that reliable. Others are incredibly stable, yet need some basic set up initially. This virtual lab teaches learners to test the assigned permissions to the user accounts and groups that are required to configure standard permissions in Linux. The other guided challenges in this series are “Verify Storage in Linux” and “Can You Configure ACL Permissions in Linux?”

In this virtual lab, you are a system administrator responsible for managing a Linux file server. Your job is to implement security using standard Linux permissions. To complete this challenge, first, you will create file server resources, users, and groups. Next, you will configure ownership and permissions to enforce business rules. Finally, you will test the configuration. To complete this challenge, learners will use a default installation of CentOS 7 Linux with the Server with GUI package installed. You will use three non-privileged accounts and one group during this challenge. The three accounts represent different roles. The first account represents the PayrollManager; the second account represents a PayrollEmployee, and the third account represents a NonPayrollEmployee. The group is called Payroll.

Create users, a file, and a group

A file server is responsible for storing files in a centralized spot while allowing access to networked computers. With the help of a file server, users can save work and can work on the files without having to move around a disk. In this first section of the lab, learners will learn how to create users, a file, and a group. First, they will get the root credentials and create a directory named /PayrollData at the root of the file system. After creating the directory, they will use Vim to create a text file named file1 in the /PayrollData directory, and then add the text Hello World to the file. Next, they will create three user accounts named PayrollManager, PayrollEmployee, NonPayrollEmployee, and assign a password to all three accounts. Finally, they will create a group named Payroll and add the PayrollEmployee to the Payroll group. The PayrollManager and NonPayrollEmployee will not be members of the group.

After completing the “Configure Standard Permissions in Linux” virtual lab, you will have accomplished the following: 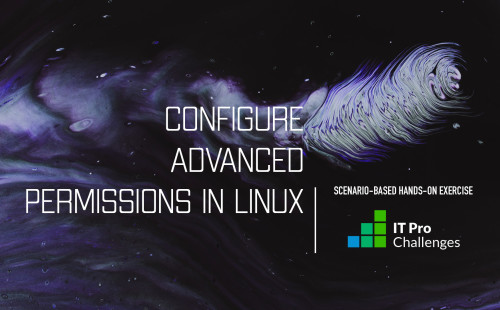 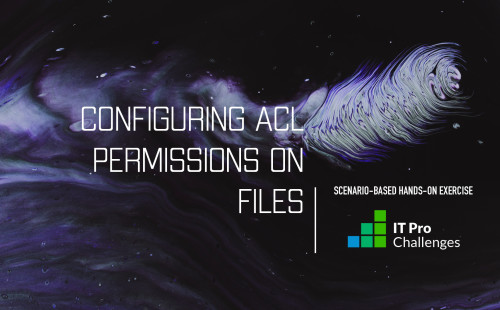 During this IT Pro Challenge provided by Learn on Demand Systems you will use Access ... 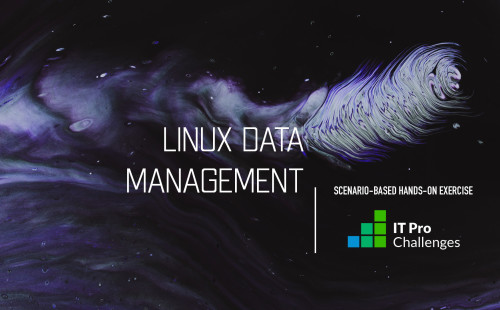 This IT Pro Challenges virtual lab teaches learners how to manage Linux files. Learners will ...