You will learn how to use a Hyper-V host cluster and network load balancing (NLB) Windows Server 2016 features to keep a virtual machine and network traffic running, even if a server fails. First, you will create and customize a new Internet Small Computer Systems Interface (iSCSI). Then you will install and use Hyper-V to create a failure cluster so that a virtual machine can be made highly available. In the last portion of the lab, you will configure network load balancing (NLB) between two web servers, minimizing the likelihood that networked traffic will fail.

Advanced learners, who feel comfortable with Windows Server Management tools and Windows Powershell cmdlets will be best prepared to do the lab. Lab participants will want to block a solid hour to take the lab as they will not be able to return midway. However, learners take the lab more than once. This lab will give learners five virtual machines, including one domain controller (DC) and four server configurations. Learners will switch between multiple computers and tools to complete the lab exercises.

Understanding how to keep virtual machine and website resources online comprises critical skills for Network Administrators. Companies need to have confidence that they and their stakeholders can access networked storage, use virtual machines, and transfer web data online, even during a network outage or server failure. Network and System administrators, and those handling system operations achieve this reliability when configuring and knowing about Failover Clustering and NLB.

You are a network administrator. You need to configure a Hyper-V® host cluster and network load balancing (NLB). First, you install the Hyper-V role on two servers, and then you install the Failover Clustering feature. Next, you configure a highly available virtual machine, and then you install Internet Information Services (IIS) on the web servers. Finally, you load balance network traffic to the web servers in the web farm by using NLB. You verify balanced network traffic according to your load balancing rules.

You create two iSCSI virtual disks on a DC and two initiator connections, one on each of two servers. Then you initialize and configure disks on the target. For this lab, you use a DC as the iSCSI Software target as a proof of concept. Typically, another server and not a DC houses the iSCSI target. You verify that the iSCSI initiator and target connect successfully, through initializing and bringing disks online.

Configure the Hyper-V role and the Failover Clustering Feature:

In this lab section, you deploy the Hyper-V and Failover Clustering tools each on two different servers. Then, you create a failover cluster.

You will want to use the ‘Install-WindowsFeature’ Windows PowerShell cmdlets to put Hyper-V and Failover Clustering managers on two different servers. The new functionalities take several minutes to load per machine. You can also run the steps in parallel to save time.

This lab exercise teaches you to make a new virtual machine highly available by attaching it to the failover cluster created previously. You use Hyper-V to create the virtual machine and then load a Windows Server 2016 OS onto it. This step takes several minutes, but you can proceed with failover configurations as instructed. After signing into the virtual machine, you use the Failover Cluster Manager to simulate a live migration that takes the servers offline. You sign in to the virtual machine verifying that despite server failure, the session continued.

You install Internet Information Services (IIS) or web services on each of the two servers provided by the virtual lab. The IIS functionality takes several minutes to install. You also set up a new host to contain the IP address for the NLB cluster. To verify that you successfully configured the IIS, you connect to the default IIS Windows Server pages on each machine.

In this lab portion, you install NLB features and functionality on one server to create an NLB cluster with that server as one host. Then you add the second server as a second host on the NLB cluster. Once you have the NLB, you configure a port rule to load balance. The hosts detect and adjust network traffic if a web IIS fails. To test your configuration, you modify a graphic to server one with paint so that the networked load balances to server one. You switch the DC machine and verify both web servers connect by loading the web pages on the DC machine.

Upon completion of this virtual lab, you will have mastered using Windows Server 2016 Hyper-V tools and NLB to implement high availability in an enterprise. You will do the following:

You will have demonstrated capabilities to multitask between steps within the exercises, use PowerShell cmdlets, and a multitude of Windows Server Tools. 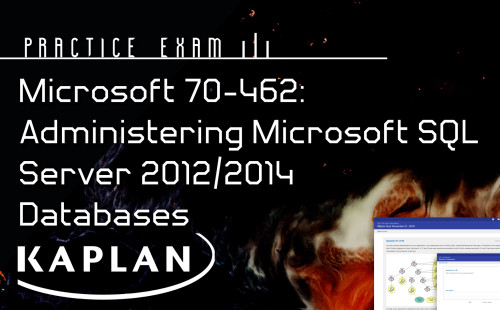 Prove your capabilities as an exceptionally skilled enterprise professional and learn to work more efficiently ... 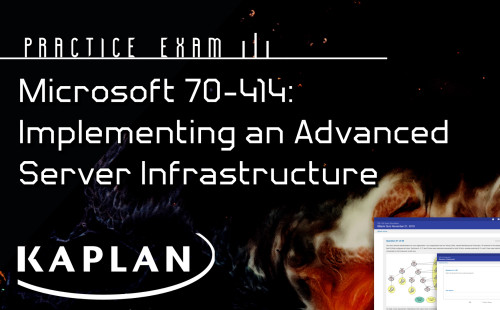 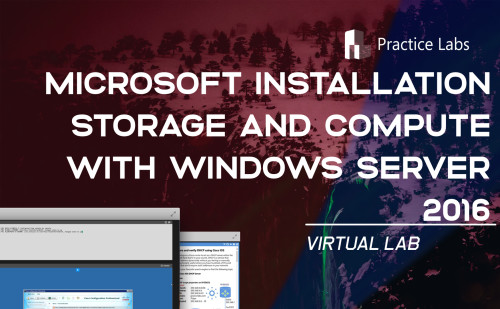