WHAT IS HILL CIPHER?

Let's try to understand the encryption and decryption process of the Hill Cipher using the below example: 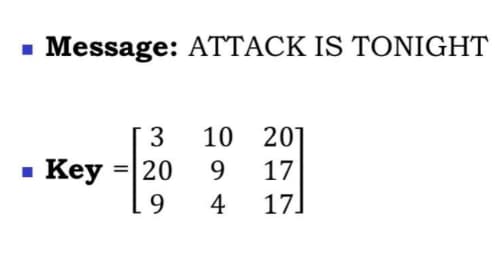 The first step is to convert the given keyword to a 3x3 matrix form. Next, convert the keyword matrix into a key matrix by replacing the letters with corresponding numeric values. 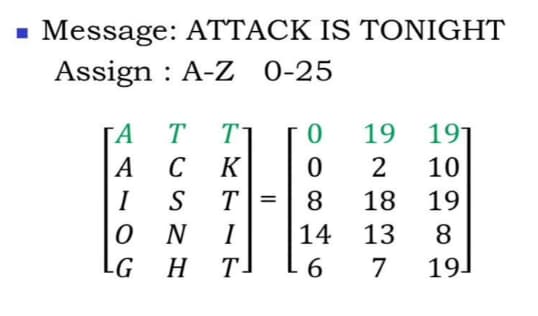 The second step is to convert the keyword matrix into trigraphs, i.e., groups of 3 letters since we are using a 3x3 matrix) and further converting them into column vectors. However, if the plaintext does not fit perfectly into column vectors, we can add null values to make the right length's plaintext.

The third step is to perform matrix multiplication by multiplying the key matrix by each column vector. We combine the six numbers to receive a single number. 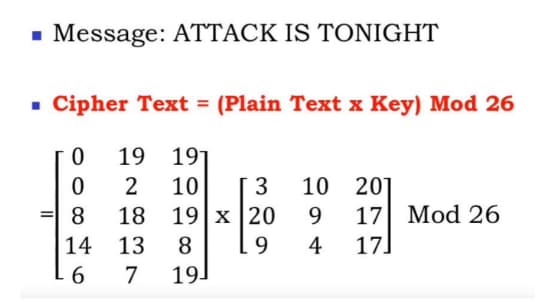 The final step is to take modulus 26 of the column vectors and convert them back to letters. Hence, we receive the encrypted ciphertext. 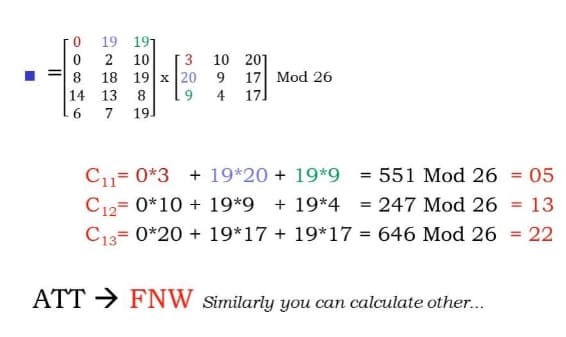 Now, the transpose of the key matrix needs to be calculated. Transpose is just a flipped form of the original matrix and can be achieved by simply switching the rows with columns. 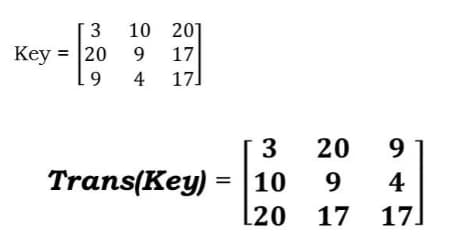 The third step is calculating the minor of the transpose of the key matrix. Minor is the determinant of a smaller square matrix by removing one or more of its rows or columns.

The fourth step is calculating the cofactor of the minor matrix. A cofactor is usually used to find the inverse of the matrix. It's the number received by eliminating the row and column of a specific element in the form of a square/rectangle. Convert the matrix received to the corresponding alphabets. Hence, we receive the decrypted Plaintext. 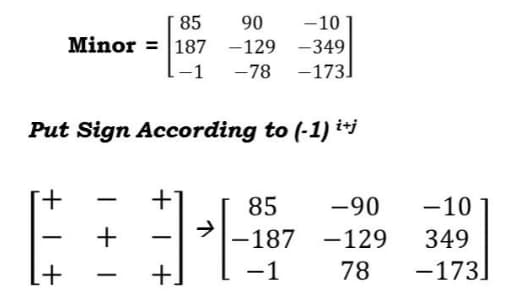 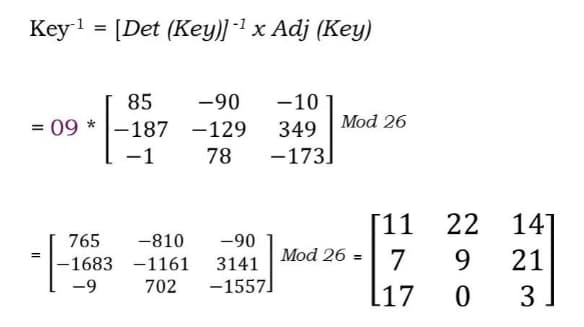 The basic implementation of the Hill cipher was vulnerable to a known plaintext attack because it was linear. An attacker who will intercept plaintext or ciphertext alphabet pairs forms a linear system that can be easily solved. If the system is indeterminate, it's necessary to add a few more plaintext/ciphertext pairs because calculating the solution by the standard linear algebra algorithms consumes a minute amount of time.