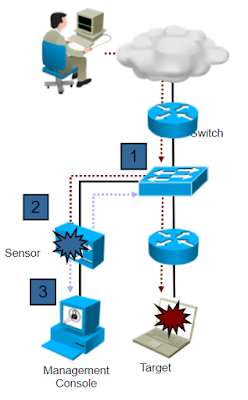 Intrusion Prevention System (IPS) is a computer security mechanism that inspect a network traffics for malicious activities (security threats or policy violations) and take actions for detected activities. IPS have capabilities include:

IPS performs an active monitoring and implement in inline mode. IPS can be divided into two types. Host-based IPS and network based IPS. 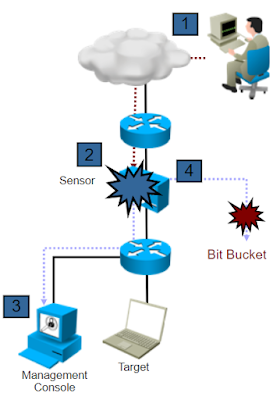 Step 3 and 4 will happen at the same time.

COMPARISON BETWEEN IDS AND IPS>

Can detect malicious traffics and alert about it in details

Can block malicious traffics and drop them into the bit bucket

Some impact on the network performance, slow down the traffics on network and sensor failures stops the traffics flow (single point of failure)

Can stop any type of malicious traffics from reaching the destination

There are two types of IPS.

Host-based IPS: The popular technology nowadays because users need basic knowledge about the network. Each host device has an IPS. Inspect and protect Operating System (OS) and its process that specific to the host. The encrypted traffics can be inspected. Need to specify rules for each device. The main disadvantage is IPS doesn’t have a view of the overall network. 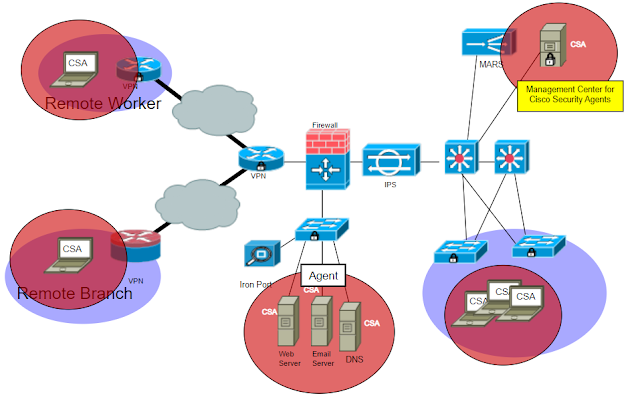 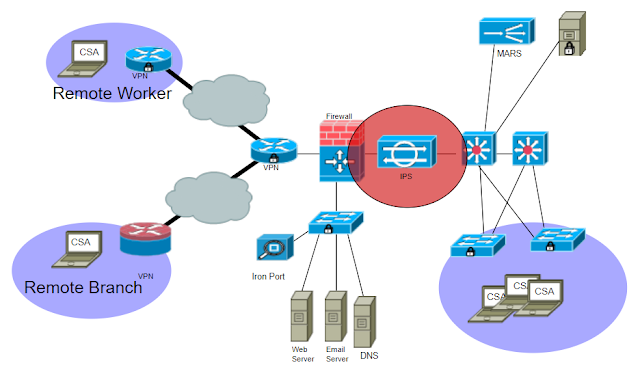 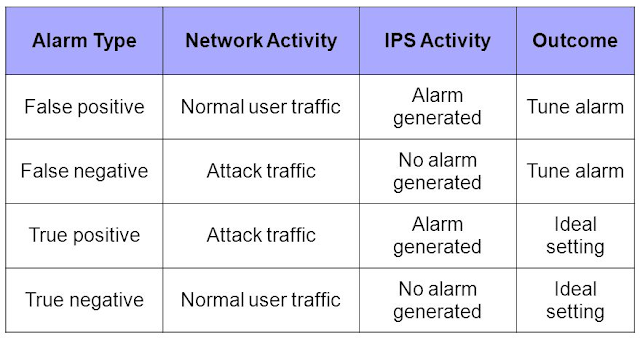 Signature action: when a signature detects an activity or series of activities, signature triggers one or more actions.