How does Wi-Fi work?

To understand how to crack Wi-Fi, one needs to know how Wi-Fi works. Wi-Fi works by transmitting network packets, which can be captured and dumped using airodump-ng, part of aircrack-ng. Then it needs to be determined whether the victim is connected to the target Wi-Fi network. It is worthwhile to mention that if no one is connected to the target Wi-Fi network, it won't be possible to crack it, as it won't be possible to perform a WPA/WPA2 handshake without a client being connected to the network. The goal here is to capture the WPA/WPA2 authentication handshake by sending de-authentication packets to crack the pre-shared key using the aircrack-ng tool. 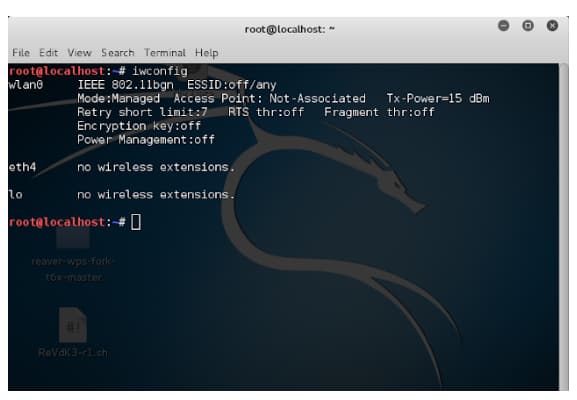 In this case, *wlan0* is the name of the wireless adapter, which may vary depending on the system configuration. If connected to an external wireless card, it may be wlan1 or even wlan2.

Note: Use the wireless interface, which is indicated by the red mark in the above screenshot.

Note: Do not close this terminal because it will be used to know whether the WPA handshake has been captured or not.

Explanation of the flags (or options) used in the command:

-bssid: it has been indicated with a red mark in the screenshot.

-c: is the channel of the target Wi-Fi which in this case is 10 (see in the previous screenshot for channel number)

-w is the directory where the captured data is written to, which, in this case, is '/root/Desktop/hack' but can be changed to an arbitrary location.

The network interface, in the example shown, is wlan0mon.

The file path chosen is /root/Desktop/hack in the above command, so the packets captured by airdump-ng will be written to the file named hack in the Desktop or the /root/Desktop directory.

The following would be displayed in the terminal if the command ran successfully:

Optionally, add the client MAC address by adding the -c

-w is the path to the wordlist, which in this case is '/root/Desktop/wordlist.txt'.

A wordlist is needed to perform the brute-force attack. Custom word lists can also be generated by using crunch, as shown below:

Using the command shown above in the screenshot, aircrack-ng will crack the Wi-Fi network password.

For the attack to succeed, aircrack-ng needs a good wordlist, which can be custom generated or downloaded from the internet, as said earlier. As shown above, the key was found by aircrack-ng and displayed in the terminal.