IMEI stands for International Mobile Equipment Identity. It is a unique identifier, or serial number, which is linked to a smartphone (and mobile phones). It is usually 15 digits long and allows devices to be tracked and located should they be stolen or used in criminal activity.

In other words, an IMEI number can let one’s device be tracked and traced back to its origin (location or device owner), which can be bad for one’s privacy.

Purpose of Changing IMEI of a device

While cybercriminals and hackers tamper with IMEIs for unethical purposes (e.g. scams, to evade criminal investigation and arrest, and for purposes like burner phones used in crimes), this post describes ways in which the IMEI number in Android devices can be changed for legitimate reasons, which can be particularly useful for reasons, such as:

Often, this also needs to be done for other perfectly legitimate purposes like,

Ideally, IMEI blacklists should, in general, be checked through 3rd party services before purchasing used devices for this reason.

How to locate the IMEI number of any device.

Locating the IMEI of any device is easy. The IMEI number is usually mentioned on the, 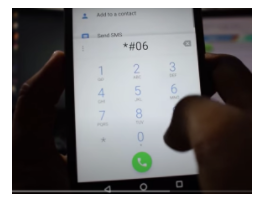 This is how one can know the IMEI number of their device. There are of course more ways to know it, but these being the easiest and simplest to follow.

The Xposed Framework is a popular tool kit for hacking Android devices. It also includes various useful features, one of them is IMEI changing. So, one needs to install the Xposed framework on their device first. This can be done easily by following their official guide, which is out of the scope of this article. The Xposed Framework needs a rooted device, so the reader is advised to install it from Xposed’s official channels so that the Installer can run on the device and make necessary modifications. 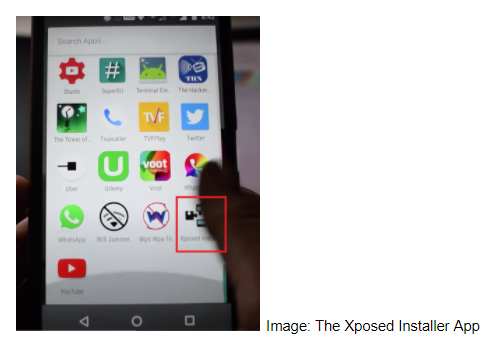 Installation with the Xposed Installer App

After installation, it shows a green tick mark, saying it’s Active, as shown in the adjacent screenshot. 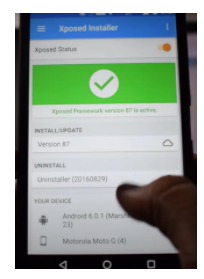 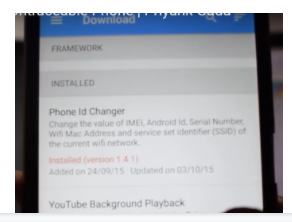 One needs to download an additional Xposed module that is, IMEI Changer Pro from the Download section in the Xposed Installer app.

In the Download section, as shown in the adjacent picture, one can search for, download, and install modules. 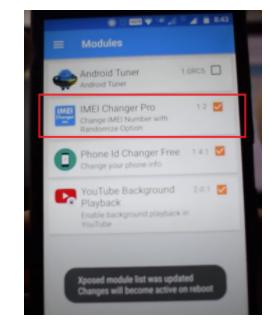 Doing so will enable this Xposed Module.

The next step is to go to the main menu of the Xposed Installer app and perform a reboot, as shown by clicking on the three dots in the top right. 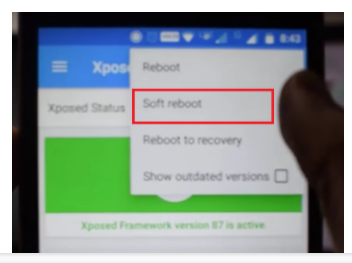 Doing so will complete the installation of the IMEI Changer Pro module. 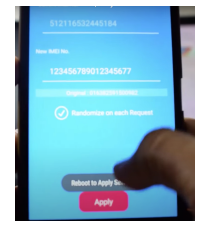 Thus, the device is now untraceable, with changing IMEI numbers!