CCNP Switch - 300-115
Course
Time
3 hours 35 minutes
Difficulty
Intermediate
CEU/CPE
4
Video Transcription
00:00
Hello there and welcome to this Cisco CC and be switched 301 15 example, Of course, when it was Phillip mention Ali on in today's episode, we're gonna focus on manual pruning. Now we constrict which reliance for versus our trunk ling's my setting up manual pruning. This effectively reduces the monk of Neil and Traffic, which reverses or trunk links.
00:19
However, as the name suggests, you would manually off to go wrong on a poor switch. Places a manually restrict the violence that sets for setting up the manual. Prudent for within interface off conflagration. Mood.
00:32
You Would you see the command switchboard from allowed villain on here? We would specified options
00:39
such as I'd remove except none. You have two examples here. If you want to remove Villain Tree from a specific trunk in the fierce,
00:48
we're easy to come and switchboard trunk allowed villain Remove tree,
00:53
and this would effectively remove villain free from traverse in the trunk link.
00:58
And in this last example, we have another way of removing a particular villain. We can use the command switchboard trunk allowed, except on specify which villain we want. A block from Traverse in
01:10
the trunk interferes. I'm gonna bring up a love so we can see how we would set up manual Prudent In this lab, we're gonna set up manual pruning on an Y court, too.
01:19
On its fast eating it 10 slash 22 interferes
01:23
going along the words and y axis one.
01:26
Currently all of villains are allowed to traverse the link, as we can see in this output in the show ring to create strong common honor section that says Villains allowed on Frank. We can see all the villains
01:38
are presently alone. So there's going to the interface
01:42
and for within interferes off conflagration mode. After we see the command switchboard trunk allowed villain, you have the options here.
01:51
We can manually specify which villains we want to be allowed by this option. Let's say his word. What? We would substitute word for actual villains.
02:00
So, for example, that Syria anyone Hello?
02:04
Rely on 50 60 and 70.
02:10
So now if we do the show in the face trunk man.
02:15
Awesome. Now, under the villains allowed in the trunk,
02:19
only the villains which we specify
02:22
they substitute in
02:23
word.
02:25
In our case, it was 50 60 and 70 on the those three villains are alone to traverse this trunk link from N y. Course two perspectives that squeaky takeoff Baghdad command.
02:37
So I give the command.
02:38
I repent in a word, no, in front of the command,
02:45
everyone allow all of the villains unjust. Exclude one feeling we would use
02:50
the option that sees, except
02:55
And in this case, villain 10 would not be allowed to traverse the fast eating it. 10 slash 20 to interface,
03:02
as you can see here from the airport that says villains allowed on Frank because he want the nine
03:08
on an 11 to 4094
03:12
to this option except is actually a macro
03:15
that uses which I will be that we use on any bills, the lists and excludes that villain. And if you recall earlier, this command is similar to this option, which we use when we substituted the word for the villains
03:30
everyone to remove all of the violence
03:34
from Link
03:35
we were used option that sees none
03:39
in this case, none in effect. It removes all of the villains.
03:47
Now we can see under Wieland's allowed, and from it says none.
03:53
So that's how we would set up manual. Prudent. All right, let's go back to the slates.
03:59
We have a post assessment question.
04:00
Which command allows all the villains except Villain 10 on an Interferes, eh?
04:06
Within interface Up configuration. Woody City Command, Swissport Trunk Allowed Wieland acceptance or be from within interface off configuration. Moodily, Siri Command switchboard Trunk allowed villain at 10 or see within interference off conflagration. Would we see the common switchboard? Trunk allowed? Villain. None
04:25
on answers in for within Interfere Sub Contra Gration. Would we see the command switchboard Trunk allowed villain except in in today's lecture, The Four Crystals on Manual Prudent.
04:35
We looked at various techniques to prune off some or all over villains for a specific trunk link. In the next video, we'll turn our attention to eater channels. The focus will be unlucky. The integration control protocol back deport aggregation protocol on manual for modelling leads
04:53
within a switch. This is Philip in Snarly on. I want to thank you for choosing savory
Up Next
LACP, PAgP and Manual
8m
Layer 2 and Layer 3 Port Channels
7m
Load Balancing
3m
EtherChannel Misconfiguration Guard
2m
PVST+, RPVST+ and MST
8m
View All
CCNP Switch - 300-115

This course is engineered to prepare you for your CISCO Certified Network Professional CCNP Switch 300 - 115. In this course, we will cover all the main domains present in the current version of the CCNP Exam which are centered around infrastructure security and services and layer 2 technologies. 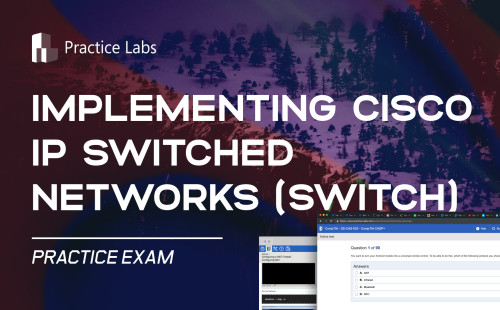 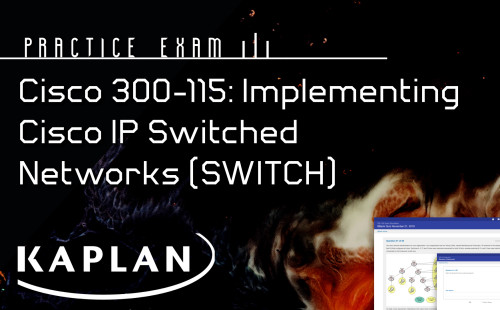 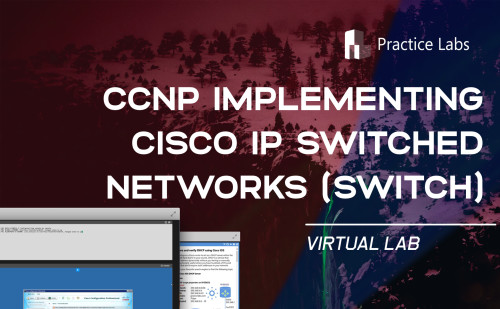