00:00
Welcome to Francisco CC and be switched 201 15 Exam Prep series. My name is Philip Pension. Early on in the race, every sort we're gonna focus on Luke guard on road card
00:09
by default.
00:10
If a block import on unknown Road bridge no longer receives any bpd use from the other non would switch this was usually means some sort of uni directional failure between the links. It will wait on filaments. Each timer expires and then transition so far within state in two times the forward delay timer know this creates a loop
00:28
on you could enable look guard to protect against this type of uni directional failure. Once Luke guard is enable
00:34
the block import we transition into the loop inconsistent state.
00:38
You should only enable Luke guard on your route on non designated ports in your switches. It is advisable to configure. Look guard on apart into fierce pieces. So from the interfere stop configuration, would you would issue the command spun in tree yard, look to prevent any switches which is introduced their network from taking over the rude ritual. We can enable rude guard
00:58
on the non reports in the switches that are leading away from the rude words,
01:00
thus eliminating any bpd. You coming in with a better priority to take over the route braids role
01:07
When Abel
01:08
would guard prevents the port receiving a superior bpd was from becoming the route port on it places the port in the root, inconsistent state. Once the port stops receiving superior bpd. Use rude guard. We enables the port and removes the route. Inconsistency State
01:25
the configure route guard. You would do it on a poor port basis from interferes up configuration. Would you? Would you see the command spine entry guard route? I'll bring up a lot knows we'll see how we would consider a Luger on route card.
01:38
No to set up Luke guard,
01:47
Let's say one of the set of Blue Guard on one of my ports.
01:55
The command, his spine entry
01:57
guard?
02:00
No, I would specify the word look,
02:06
and that's it. That's how we would set up Luke. GERD.
02:08
No. If I wanted to set up route guard,
02:13
the command is similar.
02:15
The lube Gard
02:16
Instead of loop, I would say route,
02:19
but no, you can't run. Look guard on regarding the same port because one is gonna disable the auto,
02:25
as you will see when I press enter.
02:34
Now, if you look under the running conflict for the interferes, we're no longer seen spine entry guard loop. But instead we're seeing spine entry guard route. So they're mutually exclusive. You can only run one, but not both on the same interferes. All right, let's go back to the slides.
02:51
We have a post assessment question which command enables. Look, guard on an interface, a spine entry loop guard or be spun entry guard loop or a C spine entry loop.
03:04
Space guard.
03:06
The answer is B spine entry guard. Look,
03:10
And there is every sort We wrapped up spine entry by working with loved guard on route guard.
03:17
In the next episode, River in a switch gears to spun on our spun. This is Phillip. Mention Ali and I wanna thank you would choose in cyber

This course is engineered to prepare you for your CISCO Certified Network Professional CCNP Switch 300 - 115. In this course, we will cover all the main domains present in the current version of the CCNP Exam which are centered around infrastructure security and services and layer 2 technologies. 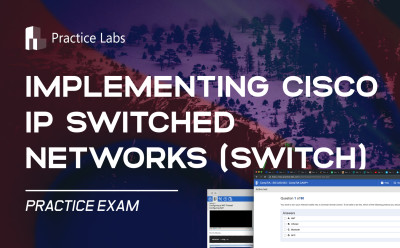 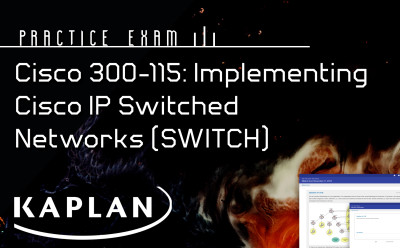 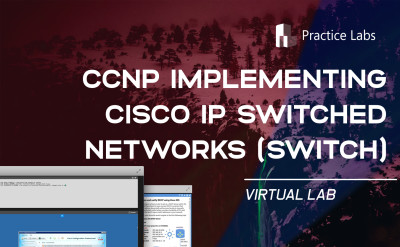