Long-Term vs. Short-Term: Deciding Whether to Pay Ransom for a City

00:00
interesting. Well, we have a couple of dilemmas here. Um and so we kind of want to chat about that are fantastic. Ta. Thank you so much for offering these case studies. We're just gonna kind of do a quick debate kind of things that you would think about. When? When? Concerning this decision. So I'll just read it real quick.
00:18
You are. This is so for the city of New York.
00:20
Your network has just been attacked by Ransomware.
00:24
The entire city is locked in. The city is beginning to erupt in chaos.
00:28
I was just in New York. It's just in the it could be cats. Theater actors are demanding $5 million in exchange for a decryption key. The time and cost to recover from the attack without paying the ransom are unknown.
00:41
Probably make some guesses. Do you pay it?
00:44
Oh, you bringing the heat on that? What do I pay you next to Or worse? Thio? Do I have any additional context? Can I call a friend on that one? Um
00:58
so the ransom was with $5 million A 1,000,000 bucks. Get the entire city entire city shut. Shut down. This is New York city, New York City. I think that decision is already made for us. We have to pay that. The whole city's locked down
01:11
is I think the residents of New York would take up a donation to give us a $5 to get that right. We're talking about the financial hub.
01:21
Yeah. You know of the world. If you
01:23
Wall Street big,
01:26
we have to pay. Yeah. Yeah, I think it's, Ah. Critical control of the absolutely entire critical infrastructure is like, so, five million bucks. Is there a number where it makes you think? Um, yes, it everything has a price, uh,
01:46
five million for the entire city of New York is kind of Ah, it's kind of a no brainer. No brain, innately 50 million may still be a no brainer.
01:56
New York is is unique in the fact that it is the financial hub. So I don't honestly know if there is a number that
02:05
would prevent a payment
02:07
outside of
02:10
if that were to happen, not only with the city of New York be affected, but I'm pretty sure the federal government and down to the White House would be looking at all options on the table to to, uh, can mediate that now. I mean, we always play this game, right? So how about we moved the location?
02:30
So how about we say the city of Toledo
02:32
s so you don't have a situation where you know the rest of the critical infrastructure? The globe is affected, right? It's right. It's more on the city itself. Right. So how would you think through that?
02:49
I'm gonna cheat on this one. And to take a play from the city of Atlanta and, uh,
02:55
you know, go with. They did not. They opted not to pay. Uh,
03:01
no. It's good to use examples is that they opted not to pay. They also are about 17 18 million in two remediation costs.
03:14
It's
03:15
it seems like a
03:17
It's a simple yes and no. But you have to look at the potential return on investment or lack thereof. And what critical service's are potentially affected? It's 911 down.
03:32
Um,
03:34
you know what? What? Other facilities that rely on government service is are not available, you know, real estate records, birth records, So I mean, a litany of of service is that require,
03:49
you know, they've been digitized in the city. So hospitals, hospitals like every everything, right? Yeah, Absolutely.
03:54
Um, so it is
04:00
not as easy as it sounds on the surface.
04:02
And we've seen both scenarios of to pay and not to pay. But, you know, for for Toledo, I think we we we probably, uh you know, Do they have a cyber insurance policy
04:15
Questions? OK, back up again. Like the same way that you should evaluate this. Right? Being point is like, it's not a clear decision.
04:24
Um, do you have $5 million? Right. Mother, you can You actually pay, right? Like, um,
04:31
and what critical service is air giving up to do this? Absolutely. Right. So, you know, it's not. It's not a clear decision. So that's why we have the framework right to evaluate these decisions, consider everything. I think you're bringing up the cyber insurance, everything, looking at other
04:48
cities what their decision was and how that turned out for them. Right.
04:54
So that's the way to do it. 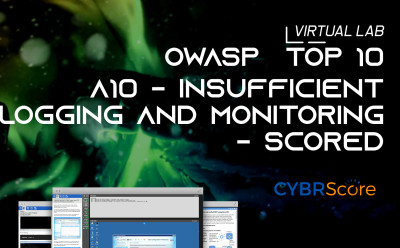 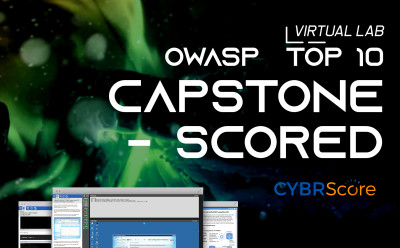