This IT Pro Challenge helps learners understand how to configure IP Address Management (IPAM) environments, including setting up a server to have the IPAM role. Learners will collect DHCP and DNS server information, and use the IPAM console to manage DHCP and DNS. This lab helps the learner develop knowledge of the Windows Server environment.

In this IT Pro Challenge, learners will understand how to install the IP Address Management (IPAM) server feature, provision the server using the Group Policy Based method, retrieve DHCP and DNS server information, and use the IPAM console to create a new DHCP scope, configure a DHS host record and DHS zone.

The scenario for this lab is that you are a network administrator whose job is to deploy an IP Address Management (IPAM) environment in a network with two subnets (containing server resources) connected by a router. To accomplish this, you need to deploy an IPAM environment, collect DHCP and DNS server information on the network, and use the IPAM console to manage DHCP and DNS. In this lab, you will have four virtual machines; one is a router, one is a server, and two are domain controllers (DC1 and DC2), DHCP, and DNS servers. DC1 and DC2 already have DHCP scopes.

IPAM provides a means of monitoring, tracking, and managing the IP addresses in a network. IPAM allows you to administer the Dynamic Host Configuration Protocol (DHCP) and Domain Name System (DNS). These are two network services that allow you to assign IP addresses to devices on a network.

DHCP is a network management protocol that allows a server to dynamically assign IP addresses to each device on a network, allowing them to communicate with other IP networks.

To begin the lab, you need to install the IPAM Server feature on the server and provision IPAM using the Group Policy Based method.

NOTE: There are two IPAM provisioning methods: Group Policy Based and manual. Both methods can do the same things, but the Group Policy Based method is the most commonly used because it’s easy to use and easier to remove settings than the manual mode.

Manage DHCP and DNS by using the IPAM console

A DNS host record points a domain to an IP address. A DNS zone is a specific part of the namespace that is delegated to an individual or a company/organization. When a browser performs a DNS lookup, it is doing a DNS zone check, where it is taken to the DNS server that manages the zone for the hostname.

By taking this hands-on lab, you will learn how to deploy an IPAM server, collect existing DHCP scope and DNS zone information, and use the IPAM console to manage DHCP and DNS servers. 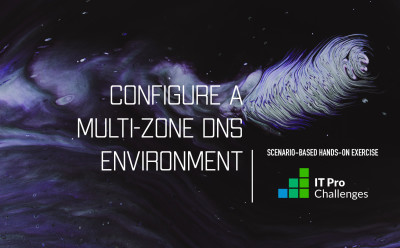 The **“Configure a Multi-Zone DNS Environment”** IT Pro Challenge virtual lab will teach you the ... 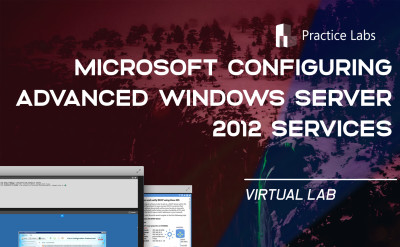 Stand out as an exceptionally skilled enterprise professional and work hands- on using Windows Server ... 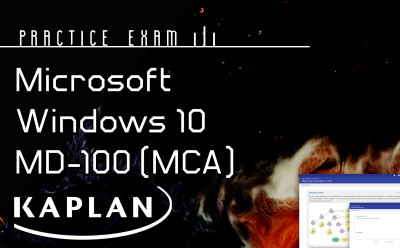