In this course, we are going to learn Swift 4 based iOS 11 application development from basics. From installing Xcode for the first time to creating applications like WhatsApp and Snapchat for iOS devices. This is a clone of an Udemy course called "The Complete iOS 11 and Swift developer course - Build 20 apps. " by Rob Percival. I personally think that knowledge should be free and have thus purchased the course on Udemy and have full rights on viewing the content and thus have rights to create my own content and upload to youtube. I have not copied or reuploaded any videos directly but have rather tried my best to recreate everything again. I hope you guys will like the course.

So Xcode is the only thing that is required for developing an application for iPhone's, iPad's or any other iOS-based device and actually Xcode is free. So let's start by installing Xcode.

How to install Xcode :

Step 1: Open App store: You need a mac to install Xcode. You can also use VMware to install Macintosh on it and later follow these steps. Just open Appstore and search for Xcode. 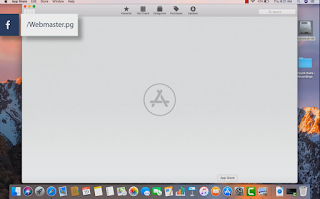 Step 2: Select Xcode: Now select Xcode. The icon will be blue in color. Just select Xcode and start downloading it. You might have to enter your Apple ID and password. in order to download it. 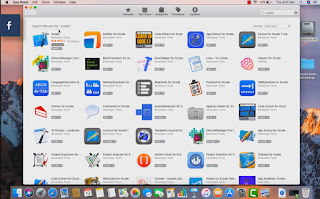